Ongoing programs for individual and family groups are listed in our events calendar below.

“Under the Bonnet” Performance 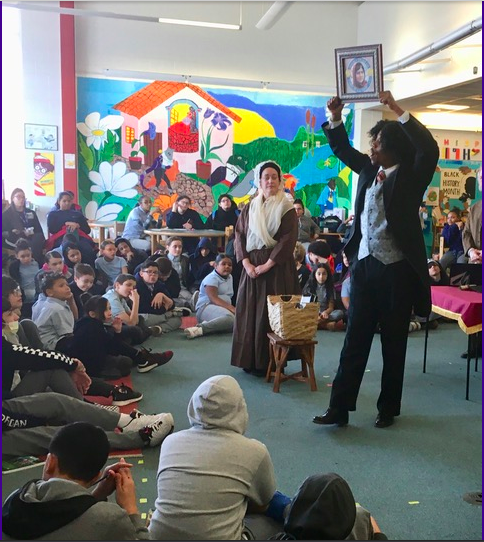 SECOND SHOWING
“Under the Bonnet” a new play with Frederick Douglas, Lucretia and James Mott
about Abolition, Women’s Rights, Seneca Falls for the Centenary of the 19th Amendment and women’s vote.
Free but reservation required.

Get your tickets here:  https://cutt.ly/bonnet-aug-22

Description:
Quaker, wife, mother, teacher, orator, friend, activist and symbol of strength and determination. A tenacious woman who spent her life fighting for the rights of women and African Americans, Lucretia Mott abided by the Quaker tenet that all people are equal. She helped found the Philadelphia Female Anti-Slavery Society, and co-wrote the Declaration of Sentiments for the first Women’s Rights Convention in Seneca Falls, New York, igniting the fight for women’s suffrage.

She also helped found Swarthmore College in Pennsylvania and continued her resolve for creating equality until her final days. Through conversations with her husband, James Mott, and with insights from fellow women’s rights advocate, Frederick Douglass, Under the Bonnet reveals the strength and tenacity of her character as well as the tender and compassionate woman under the bonnet. ​