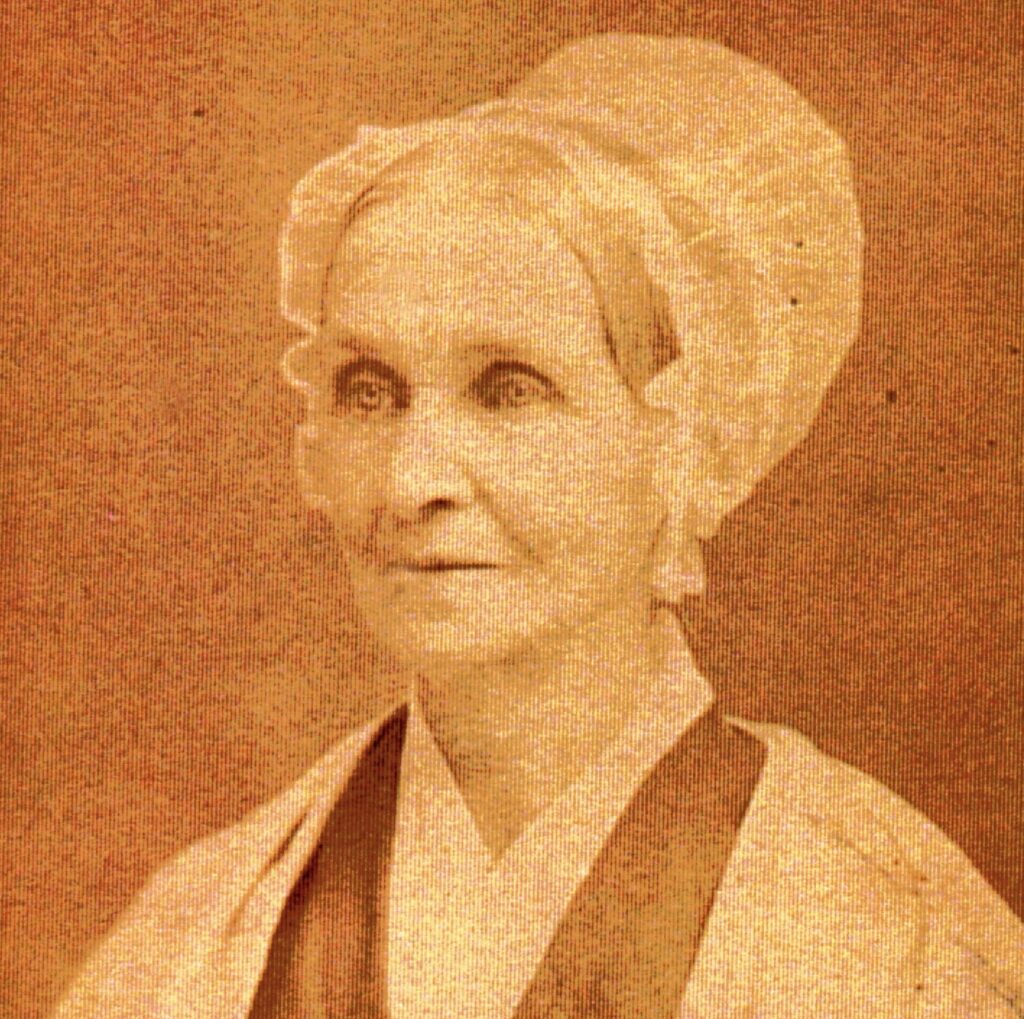 Mary Ann M’Clintock, who is buried at the Fair Hill Burial Ground, was one of five women who planned the Seneca Falls Convention of 1848, at the Waterloo home of her sister-in-law, Jane Hunt. The next day the women met at her house and framed the famous declaration of women’s rights, the first such document in the world. Mary Ann attended the Convention, and was thereafter active in women’s rights.

Born Mary Ann Wilson in Burlington, New Jersey of Quaker parents, she attended Westtown School in 1814 for one year. In 1820, she married fellow Quaker Thomas M’Clintock, a druggist and Biblical scholar, and with him moved to 107 South 9th Street where he kept his drugstore. Here their children, Elizabeth, Mary Ann, Sarah and Julia were born.

Both the M’Clintocks were active abolitionists. In 1833, Mary Ann was instrumental in the creation of the Philadelphia Female Anti-Slavery Society. She helped with the Society’s first Anti-Slavery Fair in 1836.

In 1837, the M’Clintocks and their children moved to Waterloo, New York, where they helped to form the Western New York Anti-Slavery Society, and entertained many traveling radical abolitionists. Thomas also served as clerk of Genesee Yearly Meeting and Mary Ann, as assistant clerk of the women’s yearly meeting. In 1848, when this yearly meeting split to form the more radical Yearly Meeting of Congregational Friends, the M’Clintocks became active in this new group.

They returned to Philadelphia circa 1876. Mary Ann remained active until her death in 1884.